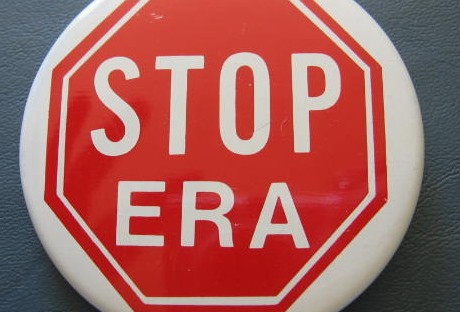 I was 8 years old when my mom introduced our family to the Mormon missionaries she had run into one day on the way up the stairs in our apartment building. By that age, I’d already attended services in a variety of churches in Puerto Rico so Mom’s proclivity for trying new religions was not particularly newsworthy. After months of visits by missionaries, during which they’d teach us the LDS gospel then play games —probably what helped us kids fall in love with the church—then eventual church attendance, we were baptized.

My life changed quite a bit. I was a child who loved to read, learn and sing, and church only added joy to my life, not to mention a whole new set of friends. Our home was constantly filled with missionaries, and our lives were filled with church events. We hopped on a bus to work at the church farm in Indiana for a day, and through our youth program we visited nursing homes singing for and visiting with its residents. Those times, those events left a much more lasting influence in my life than the actual gospel teachings did. That time in my life was when I learned about the importance of service to others.

But with all good comes the not so good. Among the not so good are mostly faded memories of a childhood Sunday school class, with one teacher who taught us about the devil and the number 666 at length. And then, there was the time when mom and the other hermanas (sisters) got on a bus, to Springfield I believe, sporting their STOP ERA buttons.

It was the early ‘80s and I was much too young to have any understanding of what those buttons represented. We were told they were the symbol in a fight against a law that would  send girls to war, fighting alongside the boys.

I asked for a pin and wore it proudly; a clueless activist, but an activist nonetheless. Little 9  year-old me, face constantly in a book, living in the Lala land of her own head, stood for something!

It would be years of dedicated church service, and believing that my role in life was to be a wife and mother before I began to see the dichotomy that was my mother: a single, struggling mom who was fighting against equal rights for women.

But that was who she was, a contradiction onto herself. A beautiful divorcée who loved dancing and socializing, and attracted men wherever we went, yet rarely dated. Choosing instead to pine for my father with a heart full of resentment. I can count on one hand the men, at least the ones in my recollection, with whom she spent time.

She was a fiercely independent, adventurous powerhouse who raised four kids on her own during the day, and a sad, resentful, lonely, bitter, tearful woman at night. My young mind couldn’t reconcile the two sides and as any child would, preferred the day woman. The happy, fun, adventurous woman that didn’t need a man, and I guess, thinking about it now, that’s the side of her I decided to model myself after.

Somewhere along the way I, the fiercely independent, opinionated, “if you’re in my life it’s because I want you there and NOT because I need you” accidentally/on purpose became a feminist.  Not that I consciously knew that, feminist was not a title I would’ve ever given to myself. The truth was that I still wanted all of the things I grew up believing I should want, the husband, the children, the picket fence and all that came with it. I simply resented the fact that to get them, I would be subject to the whims of a man. But being human with fairy tale fantasies of love, and not immune to attraction, admittedly the whims of a man have controlled me more times than I care to admit. So how could I ever be a feminist? How could a weak-willed woman, whose fierce independence was so affected by a mere man, call herself a feminist? It wasn’t a question I ever really attempted to answer.

Then a few months ago that changed. A friend had posted on a link to an article on Facebook, The Femisphere: Latina Bloggers, and curious, I clicked through to read it. A friend of mine and other bloggers had been interviewed about being Latinas within the feminist blogosphere.

Interesting! I read through and agreed with much of what was said, and then noticed that the article was followed with a list of links to other Latina feminist bloggers and I was on it. I couldn’t believe my eyes. I was so proud, but also skeptical. Secretly, I hoped no one would ever click through to my blog because they’d see that I wrote about love like a sappy teenager. If they read any of what I wrote, I was sure they’d find out I didn’t belong on that list at all.

It was not until recently, having shared some of the most intimate details of my private relationships and deepest insecurities that I began to accept the title. Each piece I wrote about the men that hurt me, about the insecurities I felt brought me to uncontrollable tears and clicking the ‘publish’ button filled me with fear, “would anyone want to read? would they judge me if they did?” But I did it. I shared some of the most raw parts of me with whomever wanted to read them and overwhelmingly, the feedback that I received told me that in giving myself a voice, I’d given a voice and permission to others who were feeling the same way, but were unable to put it into words.

My willingness, or maybe need, to be exposed and vulnerable, empowered them and in turn, empowered me. I realized that to be a feminist I didn’t have to be a pillar of strength, infallible, or immune to human needs and desires. I only had to have the strength to understand, give a voice to, and fight for the right to fulfill those needs for myself and equally as important, others.

1 thought on “The accidental feminist”

Day 67 - Just look up.
Day 65 - The face of happy #minpinstagram #humboldtpark #joyinthejourney #lola
Day 62 - Allergies.. #stayathome #shelterinplace #spring #dandelion
Day 60 - A shoutout to my landlords. Some weeks ago their daughter added the red mulch in the plot with the tree and planted tulips and other flowers. The two plots had been a mess since I moved in almost six years ago. It was almost a month after the lockdown before I saw my landlords and I mentioned how much I enjoyed coming out, seen the tulips and the bright red mulch around what I call “my tree.” Not two weeks later, after he retired, they put mulch and planted on the other plot because “you said you enjoyed seeing the bright colors of the other one”. They’ve always been good to me, but this was next level.
%d bloggers like this: