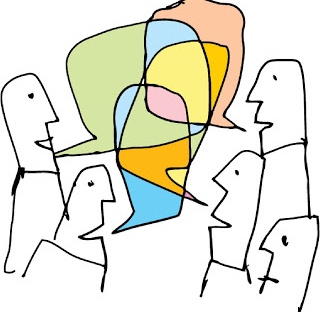 I want to preface this post with three things:

So for the many reasons I hate award shows and ‘celebrities,’ which is a whole other ranty post for another day, I didn’t watch the VMAs. Unfortunately, being the social media addict that I am, I found it hard not to at least peek at what was happening with my friends, in the hopes that on awards show nights, someone had something else going on besides talking about how much the show sucks (you know it’s true, your friends all watch and post incessantly about the suckiness of whatever’s happening on their TV screen, yet continue watching).  No such luck, so I tuned into a movie instead and settled in for the night. Then came morning and the avalanche of posts and disparaging memes on my newsfeed. It seemed that nothing happened at the awards besides Miley’s performance, and apparently it wasn’t pretty.

WHY WASN’T ANYONE TALKING ABOUT ANYTHING OF SUBSTANCE????

Any day that my newsfeed and the ‘news’ is ‘celebrity’ focused, I try to stay off social media and the web ’till it begins to die down, but it just wasn’t happening. I tried to ignore it and as the day wore on, I became more disheartened. We so often ask ourselves why the news reports on stupid stories, my newsfeed provided the answer.

Some of the things that were being posted were just so mean. People shared their opinions as if they were intimately familiar with her life and upbringing. Why is it that we we believe that the fact someone’s in the public eye means we know them?

We’re a society of judgmental people who pride ourselves on our open minds while we turn around and denounce the ‘others’ whom we deem judgmental and intolerant. We judge the decisions of a 20 year old young woman, forgetting that we too were once that age. Disregarding the fact that if we were to take a trip down memory lane, we’d recall all the asinine things we wish we hadn’t done. I, for example, decided to drop out of high school on my 18th birthday after a stellar scholastic career filled with honors, and even an invitation to a Harvard summer program. A decision that I’m guessing significantly altered the path my life took. I lived, and I not only survived but thrived because I didn’t let it define me and thankfully no one else did either.

That was just one of my bad decisions and I’m not the only one who has made mistakes. Having worked with college-age students living in college housing for so many year, I have countless stories I could tell  that even the students’ parents wouldn’t believe (FERPA Laws prohibited me from sharing most of them with parents). Many of these stories occurred during the beginning of the social media age (helpful for catching culprits, I tell ya) and are about kids who are now successful, high-functioning adults with good jobs. Some who also happen to now be parents themselves.

Don’t get me wrong, some of what I witnessed saddened me. Young ladies who spent their days dancing suggestively in the hallways in hopes of getting the attention of that one boy they liked, only to find out later that his interest was NOT in dating her. Young men accused of harassment and sometimes worse.

Life is confusing for young adults. One day they’re kids living under their parents’ absolute authority and guidance–like it or not–and the next they’re thrust into a world of decision making that so often they’re not prepared for. That time of any person’s life is trial by fire and it’s meant to be that way. We learn by making mistakes. We discover who we are, and perhaps more importantly, discover who we’re not, by the decisions we make.

But in the case of Miley, my anger and disgust at all of this isn’t simply about the fact that she should be allowed to be mistakes, sadly, it went way beyond that.  My anger turned to the adults who decided that this was fodder for conversation and not in a positive, let’s teach our daughters NOT to use sex to get attention kind of way, but in negative jokes and  disparaging memes. The one (I won’t repost it here) in which her ass is compared to a raw chicken was vile and disturbing. A clear indication that we as a society have not made many strides in derailing the objectification of women’s bodies.

I don’t condemn her and I don’t excuse her. I am not her judge and jury, nor am I her. Instead, I choose not to give her my time by watching, nor my money by paying for her music. Easy as that. I do however, wrong as it may be, judge the bunch of adults who thought this event, with everything else that’s going on in our world, should be the topic of the day.

AND since we’re on the topic, I want to clarify some things, just for myself…

So many questions, and yet all I’m left with is the sad image of a raw chicken being used as a comparison to a young woman’s body.

As the cigarette ads of the ’70s said, “We’ve come a long way, baby” because apparently society’s still blowing smoke up our, well… you know!