My older sister once slapped a girl in the face.

No. Wait. Let me start over.

My older sister once slapped my junior high classmate’s sister in the face. I’m sure she’s slapped others more than once.

It happened on another floor of the school, but I found out about it mere minutes later as the word spread (minutes, not seconds, junior high communication channels in the ’80s being as primitive as they were).

I probably wanted to be mad at and embarrassed by my sister’s behavior. I’m sure I was seeing as I was a nerdy shy girl who liked to keep a low profile, but I was also a little gleeful. The aforementioned T was the older sister of the girl I hated, L.

Oh how I disliked her. She was one of the popular girls I wanted to be. If that wasn’t bad enough, she was also privileged and not very nice, and those were the worst things you could be in my book. See, I was too nice and I was poor and so my sister slapping her sister may have made me want to hide, but it was the comeuppance they deserved. 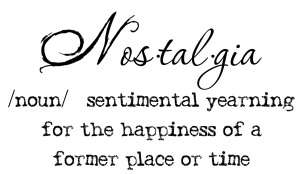 Tonight I’ve fallen deep into a wormhole of nostalgia for the place where I began my coming of age (how dramatic am I?), Holladay, Utah, a suburb of Salt Lake City.

Earlier in the day I’d been trying to figure out how I’d follow up last month’s presentation on the concept of home (a subject I’ll expand on in a later post), when something got me thinking. Though I have lived more years in Chicago than any other place, Holladay, Utah had been the place I felt was my most stable home.It was where I had made friends that I kept for more than a year or two (I still keep in touch with about six of them via Facebook). The thing that most closely matched the John Hughes movies I so loved.

I pulled out my Olympus Junior High School yearbook and decided to look a few people up. Girls I had circled as friends, guys I had crushes on.

Inevitably, as nostalgia does, it becomes a depressing exercise. My attachment to that period in my life, because it felt like home, is not mutual. I remembered that I was 15 when I moved away. That I only keep in touch with the aforementioned six people. The rest of those faces in the yearbook probably don’t remember me. They went on to create more memories together. They built relationships and lives through the more formative years of high school. I am not part of their football games, dances, graduation. I was merely a blip. The nostalgia is one sided. 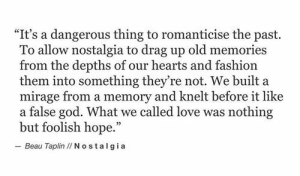 I can’t lie, it stings a little, that unrequited love.

But not all is lost

I also find out that many of my crushes, the guys who unknowingly intimidated me, grew up to be normal, run of the mill men and not the gods that I imagined. The boy, that boy that had my heart. The one I swore was the love of my life, who was nice but made me blush so bright I couldn’t look directly at him, was actually part of a group of dorky guys. I’d had no idea.

And the girls, former friends, former acquaintances.  They seem happy, they seem nice. Mothers, childless, single, and professionals, they run the gamut of life’s choices.

I found her too. She doesn’t look that different. Pretty. A slightly older version of the girl I knew. I scanned her timeline. It was filled with posts and links about rape culture, #NoDAPL, #BlackLivesMatter,  The Young Turks, Bernie Sanders, gay rights, gun control, Planned Parenthood, swearing and drinking wine. Her timeline could be my timeline and all I could think was:

I’m sorry my sister slapped your sister all those years ago. Do you want to be my friend?